In this section of the blog, we’ll meet French people living in Barbados. A census carried out by the French Consulate revealed that there were around 250 Frenchies  living here.

So let’s begin with Jacques…

So Jacques, what brought you to Barbados?

My wife and I decided to retire in Barbados – she’s Bajan (Barbadian).

How long have you been here?

Ah yes – my wife is Bajan. It was easy… EXCEPT when it came to building the house! I wouldn’t advise anyone to build a house in Barbados if they’re not actually in Barbados!

Is there anything you know now that you wish you had known then that would have made the process easier?

No, before meeting my wife I had never heard of Barbados.

The most frustrating thing? The answer is the same as for the previous question. I’ve spent a long time living in English-speaking countries. I speak English pretty well, but here… not being able to understand most people… it’s frustrating. 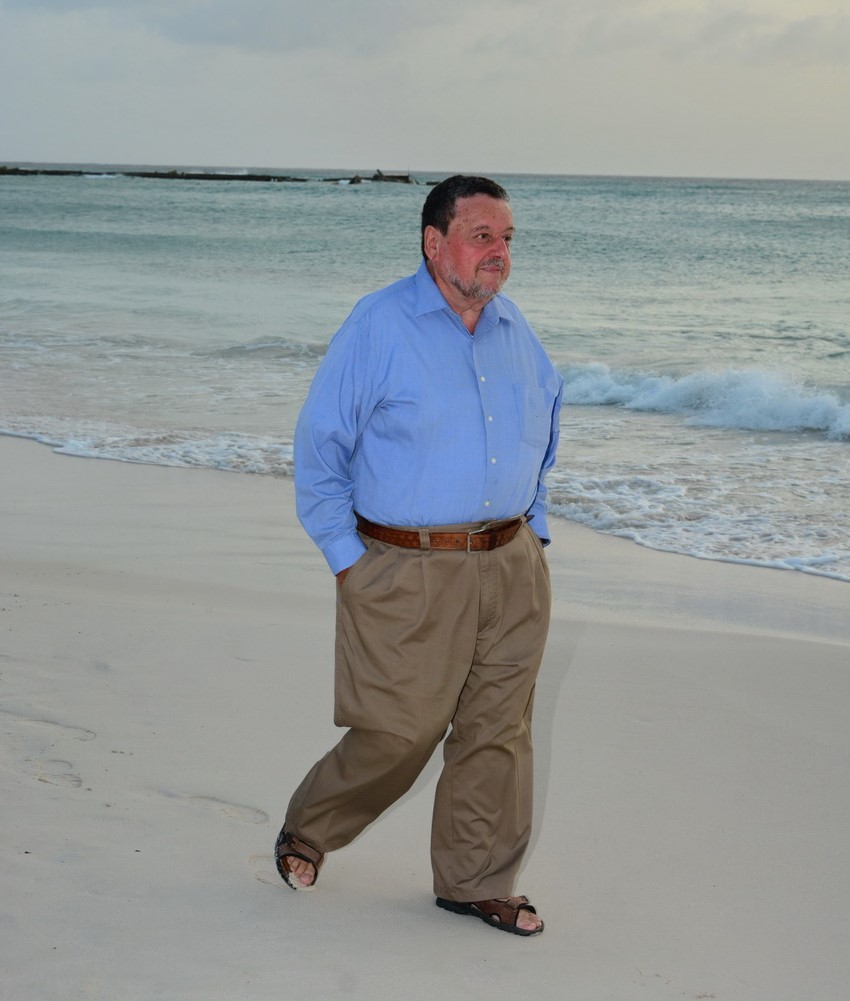 I really like the lifestyle. Look, here we are conducting this interview in a hotel. Around me are people who have paid a fortune to come here and enjoy for a week what I have all year long.

I like fried flying fish and breadfruit coucou (a sort of Polenta made from breadfruit and of African origin).

I don’t go to the beach very often, but near our house is Bath, which is on the east coast. People don’t want to go to beaches on the east coast – they’re wrong. Bath is a beautiful beach. It’s sheltered by trees and has an attractive life-guard station and a nice little restaurant.

I’m retired. I relax 24 hours a day, 365 days a year (laughing). So, I don’t really do anything special to relax, except maybe read.