Followers of this blog may be aware that there is a small but active branch of the Alliance Française in Barbados. In addition to teaching French, the Alliance française de Bridgetown (AFB) celebrates major French cultural landmarks, and Bastille Day 2015 provided another occasion to do so. Like its sister chapters around the world, the AFB organised an event to mark France’s National Day, otherwise known as Bastille Day.

Choosing to return to the venue where it launched an exhibition commemorating WW1 in April, the AFB celebrated Bastille Day at the Barbados Museum on 14th July. The AFB’s events are becoming increasingly popular, and like the Dîner français, this one was completely sold out. 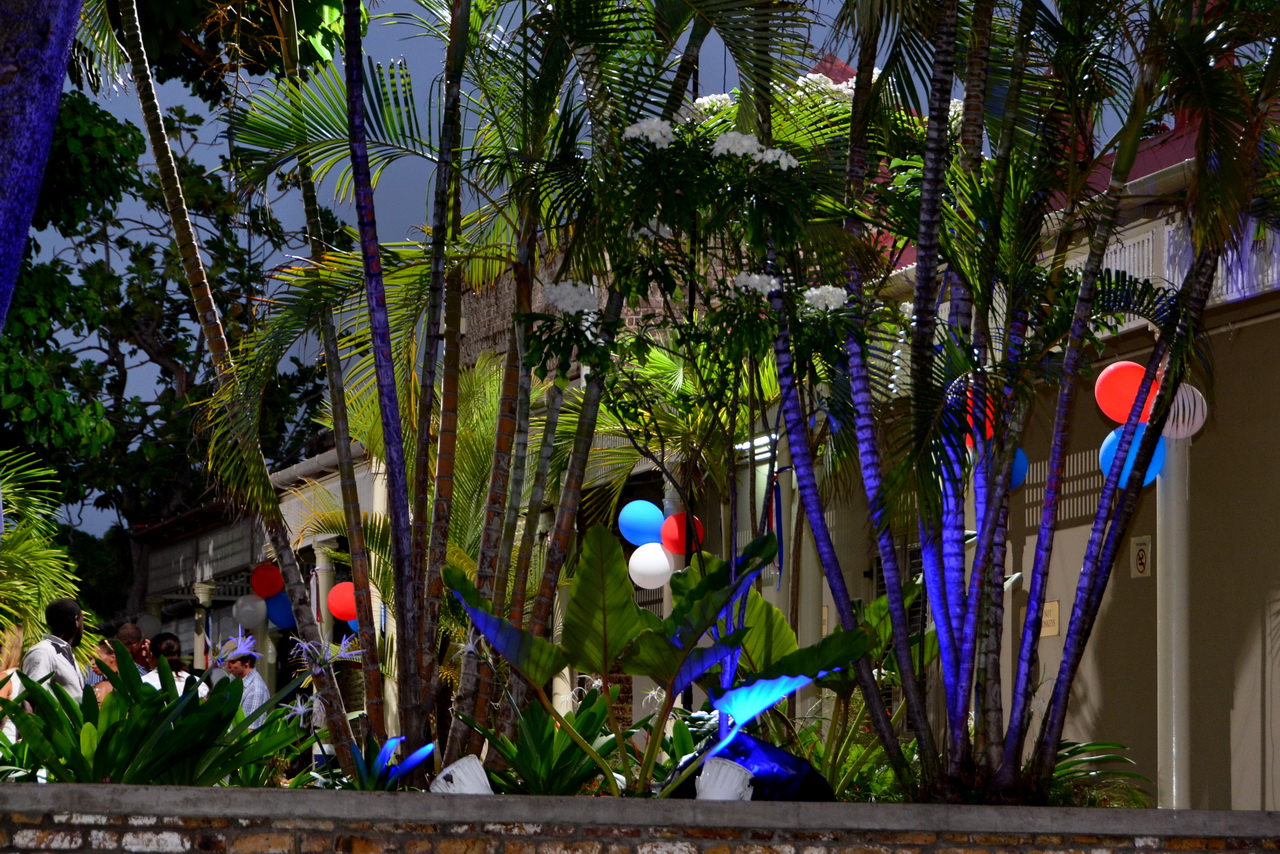 To mark the occasion, the Museum was decorated with balloons, ribbons and lanterns displaying the blue, white and red of the tricolour flag, creating a charmingly French atmosphere. The Barbadian and French flags flew outside its walls, welcoming guests to the soirée and setting the tone of the evening. 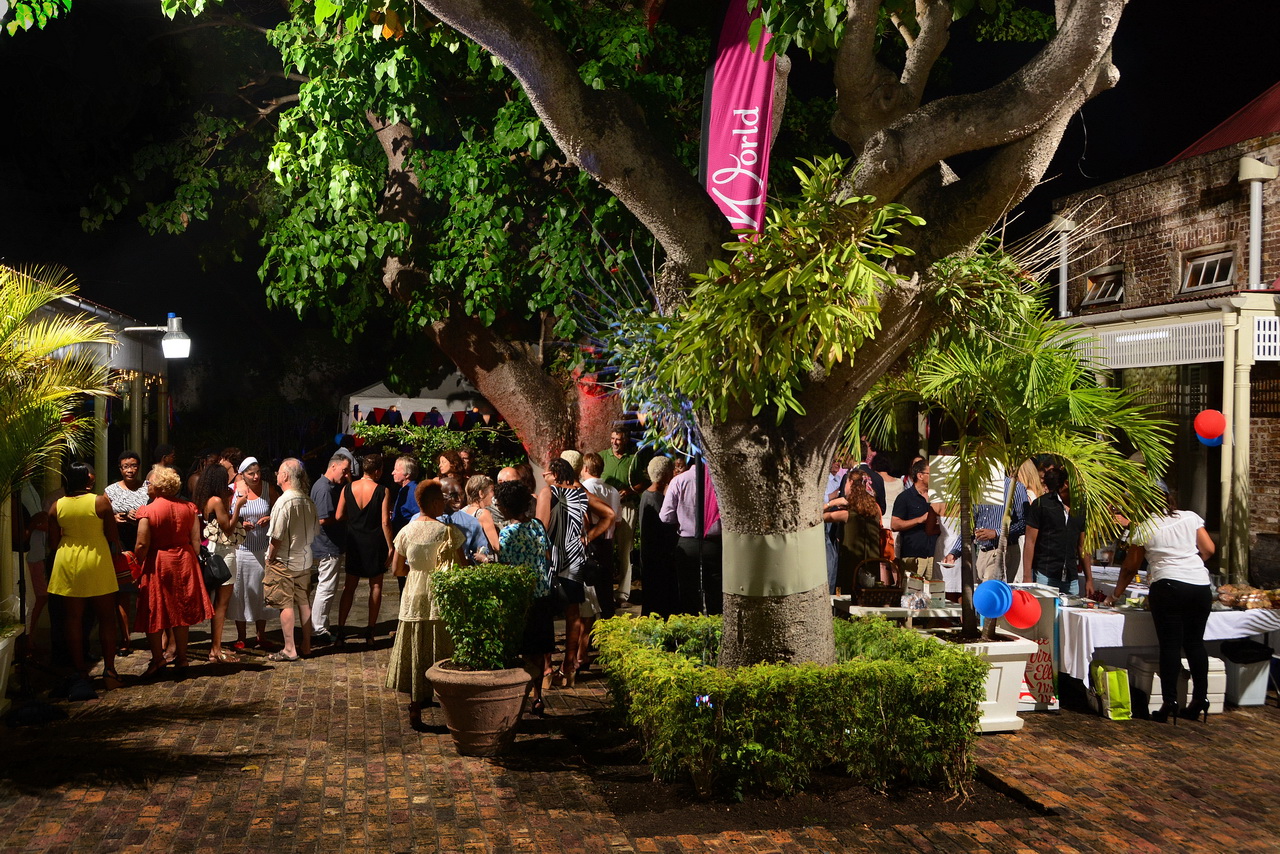 The event was held in the Museum’s picturesque upper courtyard, which features majestic sandbox trees planted in the middle of its cobblestone walkway and palms and other trees at one end of the courtyard. This cosy backdrop, surrounded by the historic original buildings of the military garrison provided the perfect setting for recreating the look of a French country square. 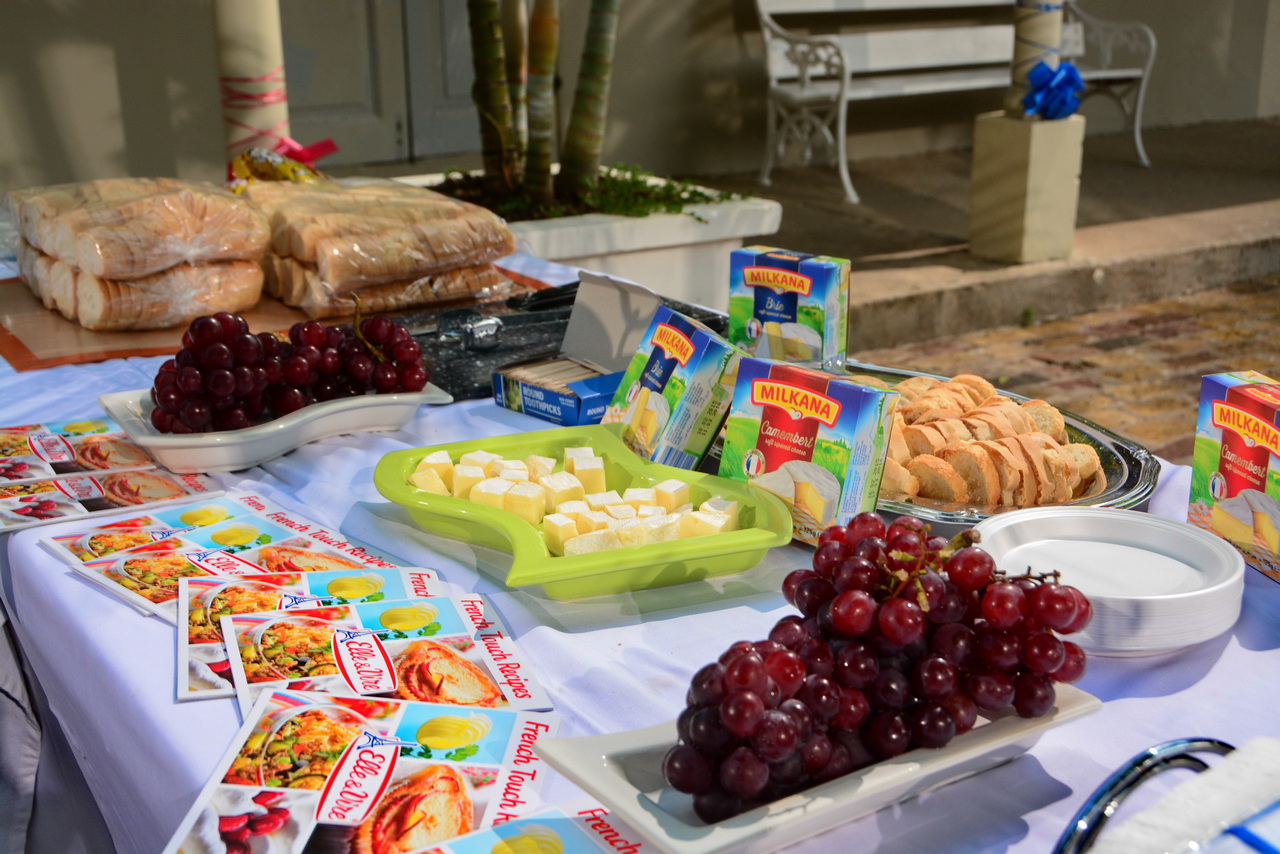 No French event worthy of the name would be complete without cheese or wine, and on this occasion Elle & Vire  brie and camembert cheeses as well as several French wines, provided by Wine World, took pride of place. The cheese was served on baguette slices, crackers or with grapes and, with the wines, announced the start of a very pleasant evening. 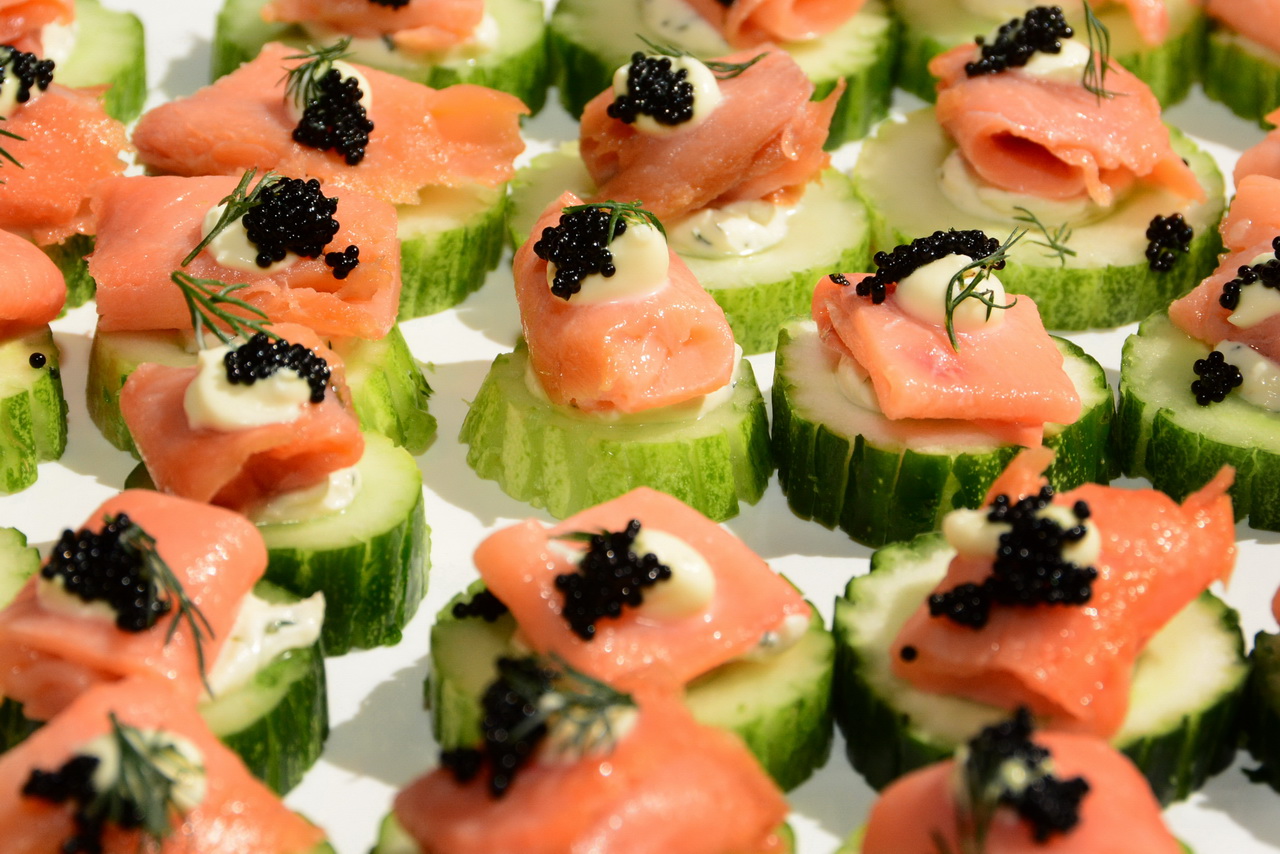 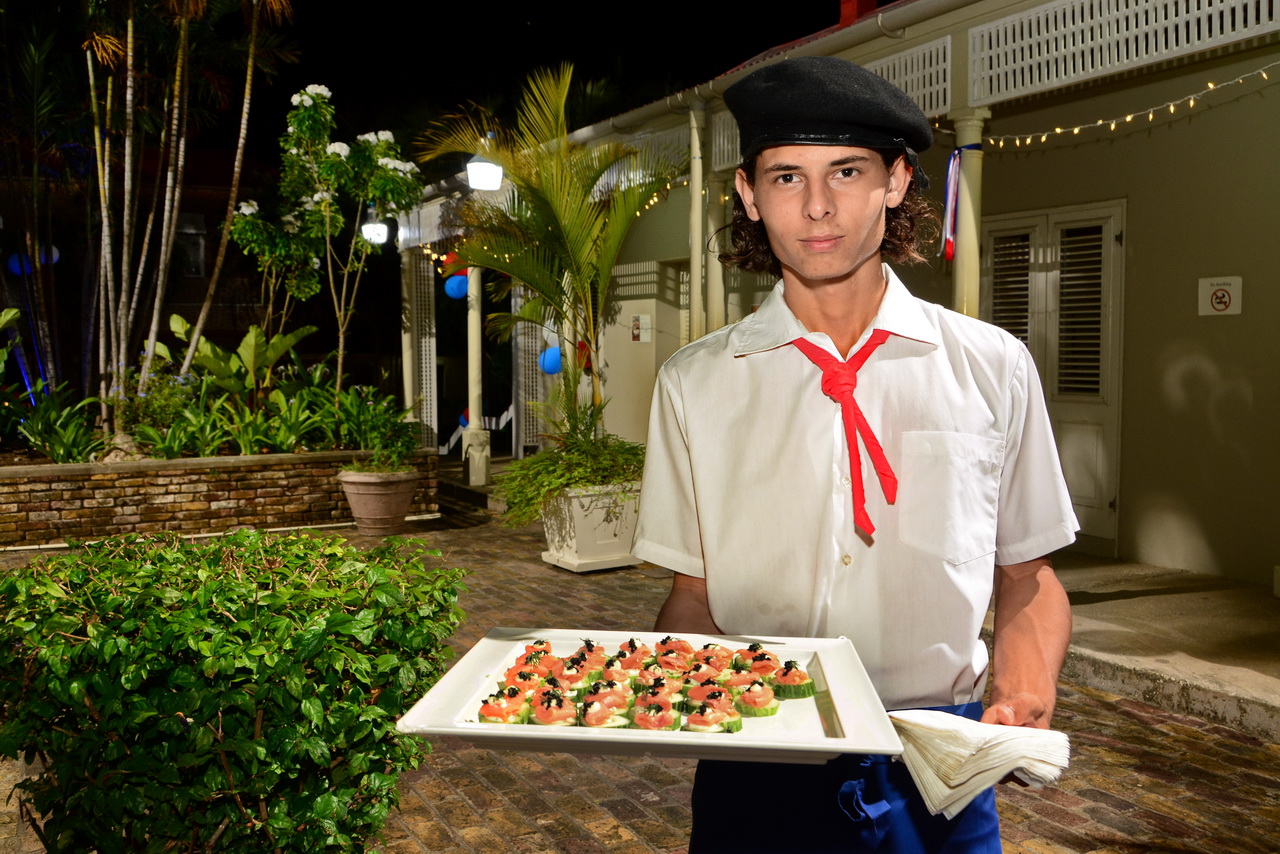 Guests showed their appreciation for the mouth-watering fare by clearing the platters as soon as the servers appeared. And I must not neglect to mention the servers’ attire, which reflected the French theme; they wore blue aprons over black trousers, white shirts, red neckerchiefs and black berets. 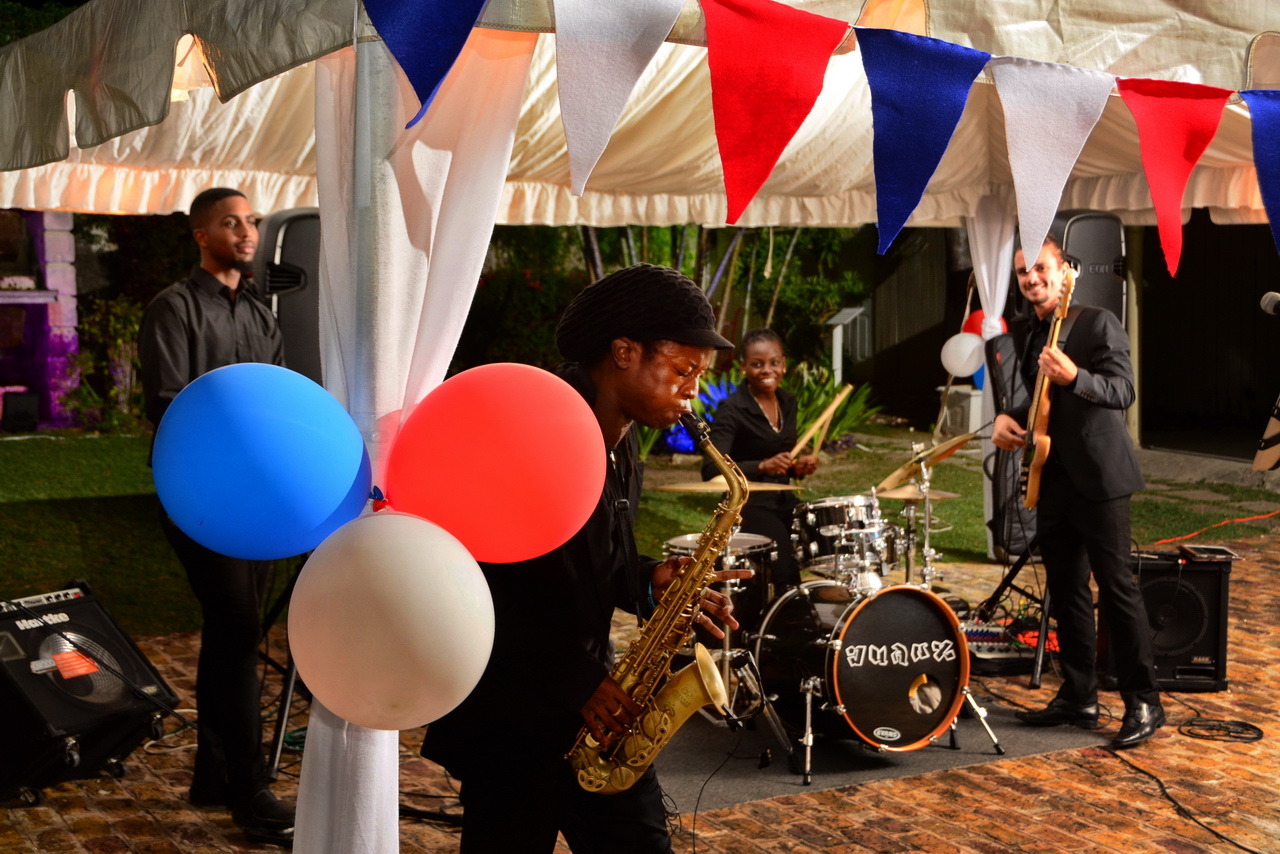 As they mingled and savoured the delicacies, guests were entertained by the smooth renditions of popular jazz ensemble, NJ30+. 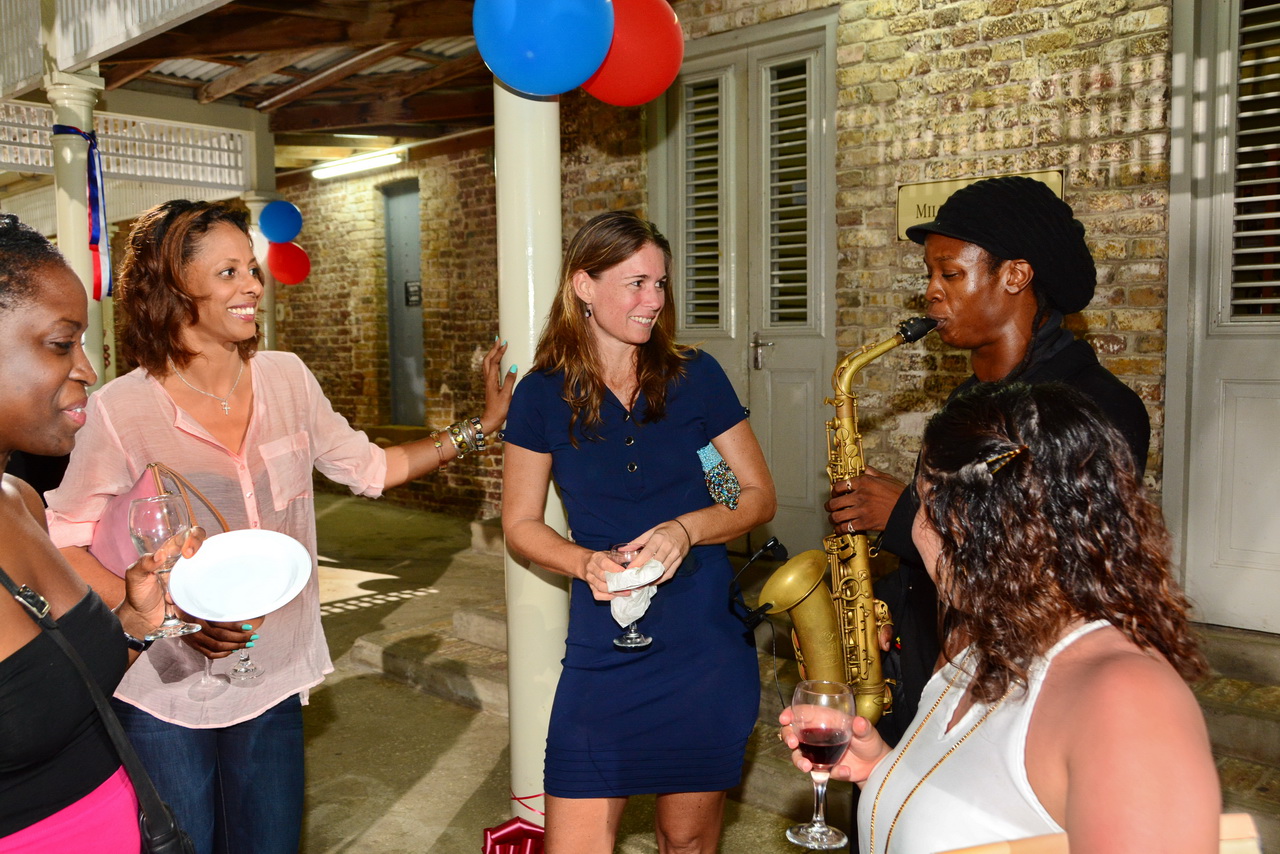 Saxophonist Joseph Callender delighted guests by weaving his way through them while playing, stopping at times to amuse them with his playful antics. 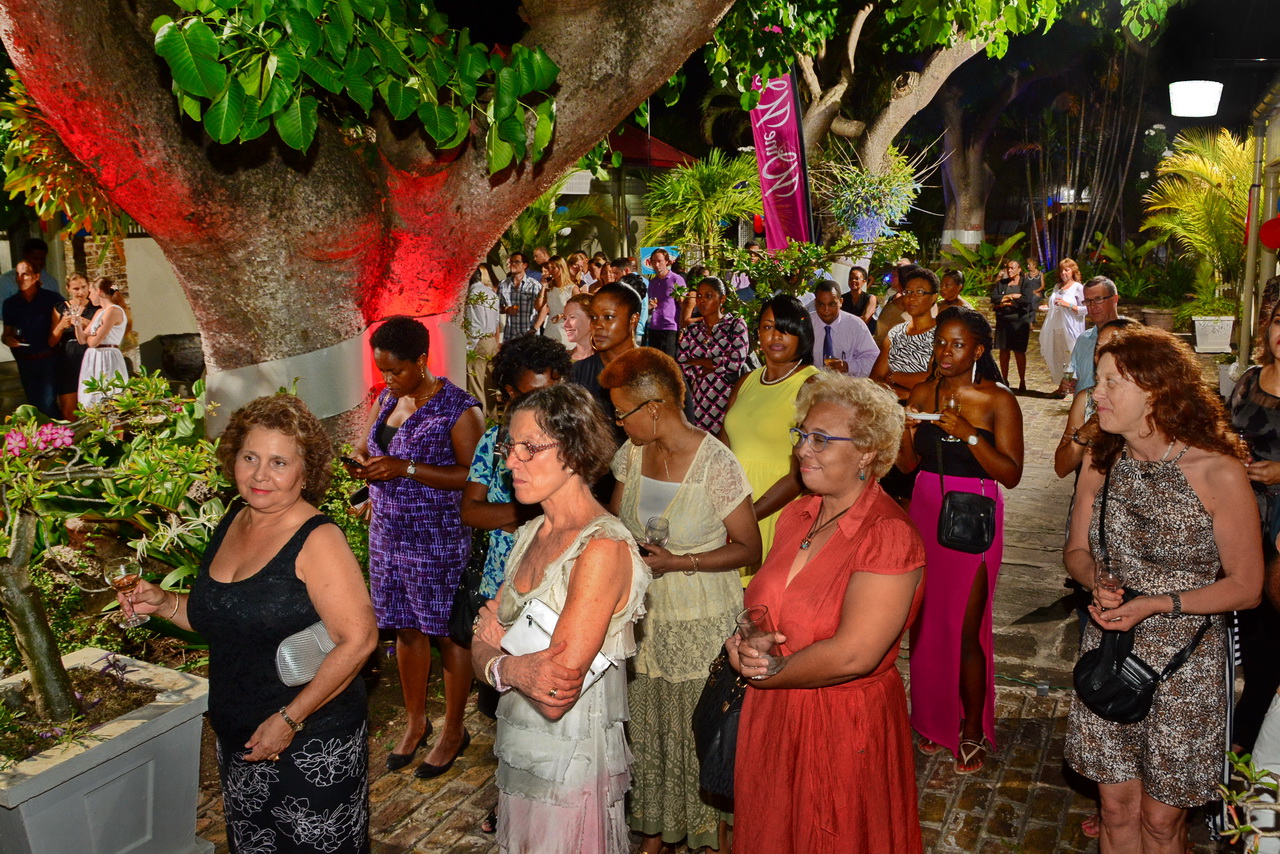 During the evening, speeches were made by Captain Don Chee-A-Tow, France’s Honorary Consul to Barbados, Mrs. Denise Haynes, the President of the Alliance française de Bridgetown and its Director, Antoine Lombard. After welcoming attendees, Mr. Lombard gave them the history behind Bastille Day. Captain Chee-A-Tow spoke of, among others, the benefits to be gained by learning a foreign language, not least of which, is insight into another culture. Mrs. Haynes thanked patrons and the AFB’s sponsors for their continued support, without which its various events would not be possible. 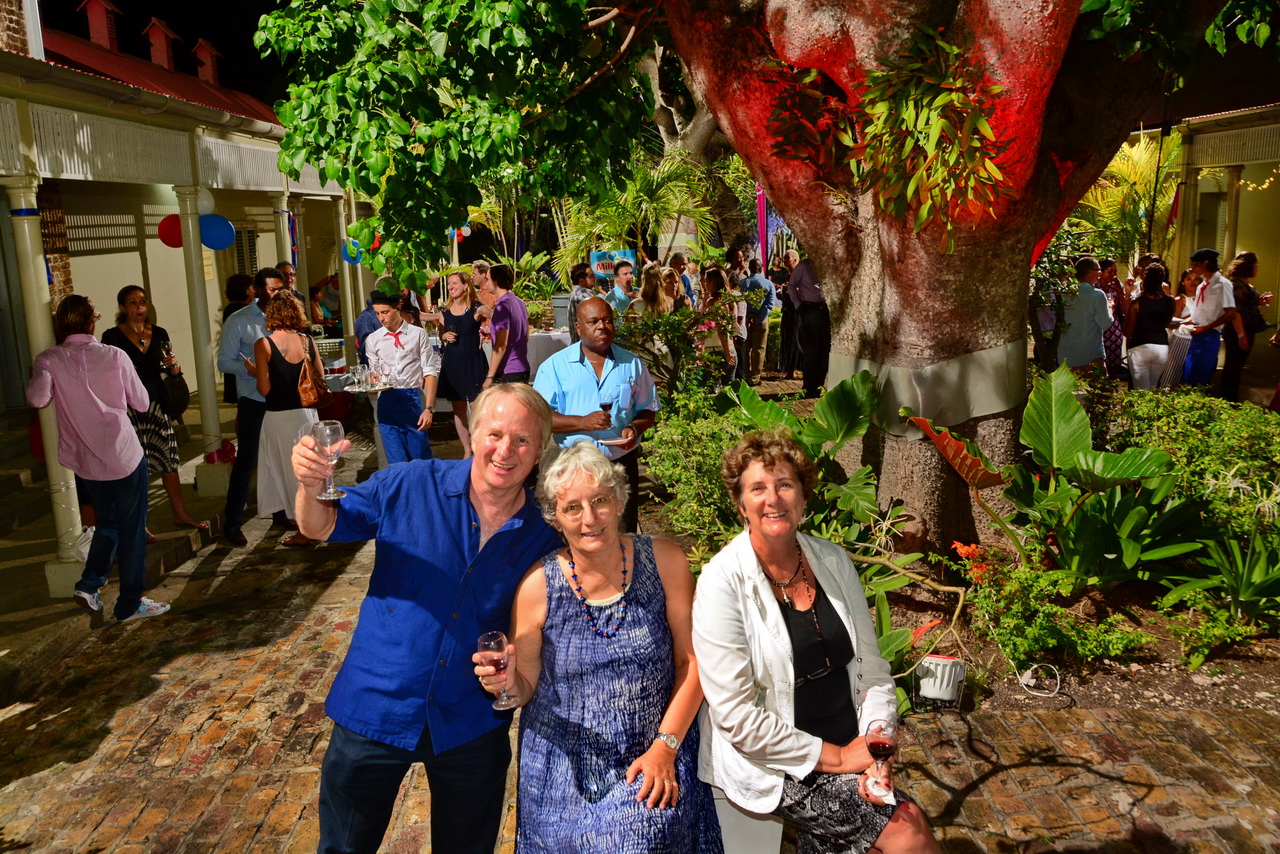 Appreciative comments from patrons leave no doubt that this latest AFB production was a resounding success and a fitting celebration of Bastille Day. Next on the calendar of not-to-be-missed French events, Beaujolais Nouveau, on 19th November.  Another delightful evening awaits!